This extensive project included full-size and training pitches including groundworks, 60mm artificial grass carpet and shock pad, sports fencing, 13m high goal posts and ball stop netting. Such was the quality of the surface it has also met the requirements of other sport governing bodies.

The artificial grass/shock pad combination used provides optimal energy restitution. Feedback on the surface was hugely positive from the mens Irish rugby team who camped there during the 2016 Six Nations. 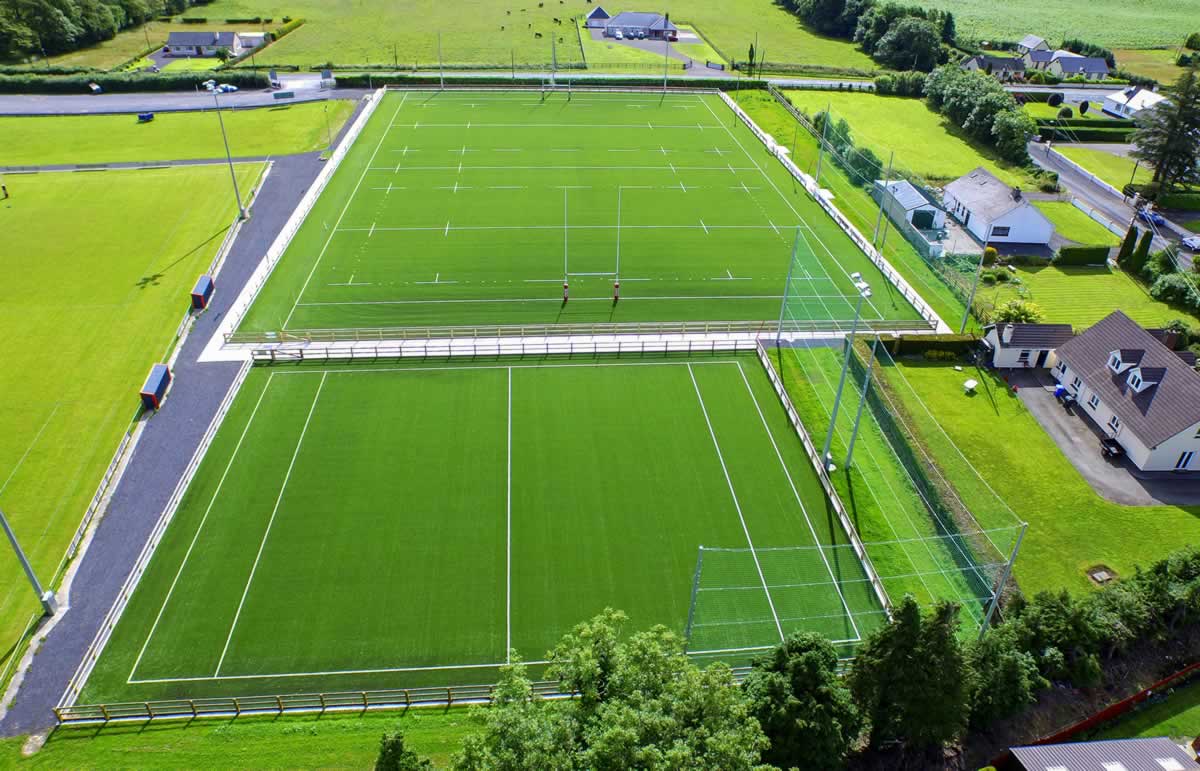 Video footage of works in progress

Here you can see a timelapse of the entire project which shows transformation from a muddy, badly worn pitch to a superior playing area.

WATCH: Timelapse footage of works in progress and bird’s eye view of the completed project

Feedback from the club

Brendan Leahy and all the team at Mullingar Rugby Club were delighted with the finished project. Here’s what Brendan had to say:

“When Mullingar RFC decided to build 1 full size and 1 training size synthetic grass pitches to accompany our natural grass fields. It was decided to build to a specification that meets the three primary codes.

After a competitive tender process among eight companies a detailed post tender analysis was conducted. The tender was scored with a strong focus on product quality and technical ability.

PST Sport emerged as the successful contractor and we are delighted that decision was reached.

Feedback from players and coaches has been impressive. The Irish Rugby Team trained on the pitch for the week prior to the Ireland v England Six Nations match in 2016. Several players commented it was the best artificial grass surface they have played on and Joe Schmidt compared the pitch to the Twickenham surface.

I would highly recommend Colin, Ger and their team to any organisation looking to install a artificial grass facility.”

In 2016 the Irish squad trained at Mullingar RFC prior to playing England at Twickenham. The pitch was highly praised by Joe Schmidt and the Irish rugby team. Several high profile Irish players said it was the best artificial grass pitch they had ever played on and that it was easier on the legs compared with other artificial grass surfaces.

Watch: Hugely positive feedback from Joe Schmidt for our the rugby turf surface after the training session.

Pictured below: Mullingar RFC President James Murphy cutting the ribbon at the official opening of the new 4G rugby pitch 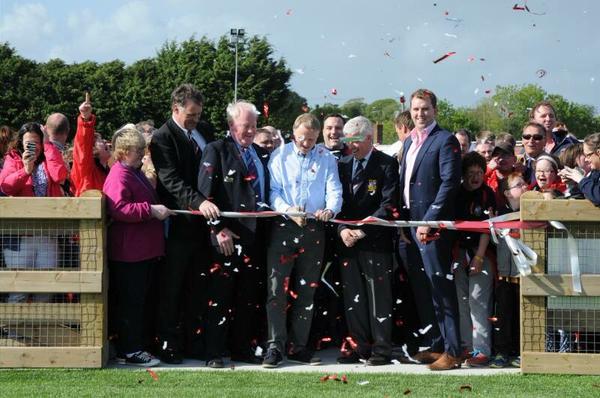 Talk to a member of our team

Contact us today for a free consultation. We offer a complete custom solution for any pitch development project, whether it’s a full design and build project or a pitch resurface – CONTACT PST SPORT

Call us today for a free consultation