In November 2016, PST Sport completed works on a 5,600 sq/m astro pitch for Cahir Park AFC at their home grounds in County Tipperary. The project included all related groundworks, high performance artificial grass carpet and the supply and installation of ball stop netting, fencing and sports floodlights.

Cahir Park AC is one of Ireland’s oldest Junior Clubs and the new all weather facility has proven to be a huge asset for everyone involved. From hosting local tournaments to summer camps and academies, the new pitch has not only helped improve the club’s own players, but also played a significant role in enhancing the overall development of soccer in Tipperary.

Pictured below: Aerial image of our astro pitch at Cahir Park AFC 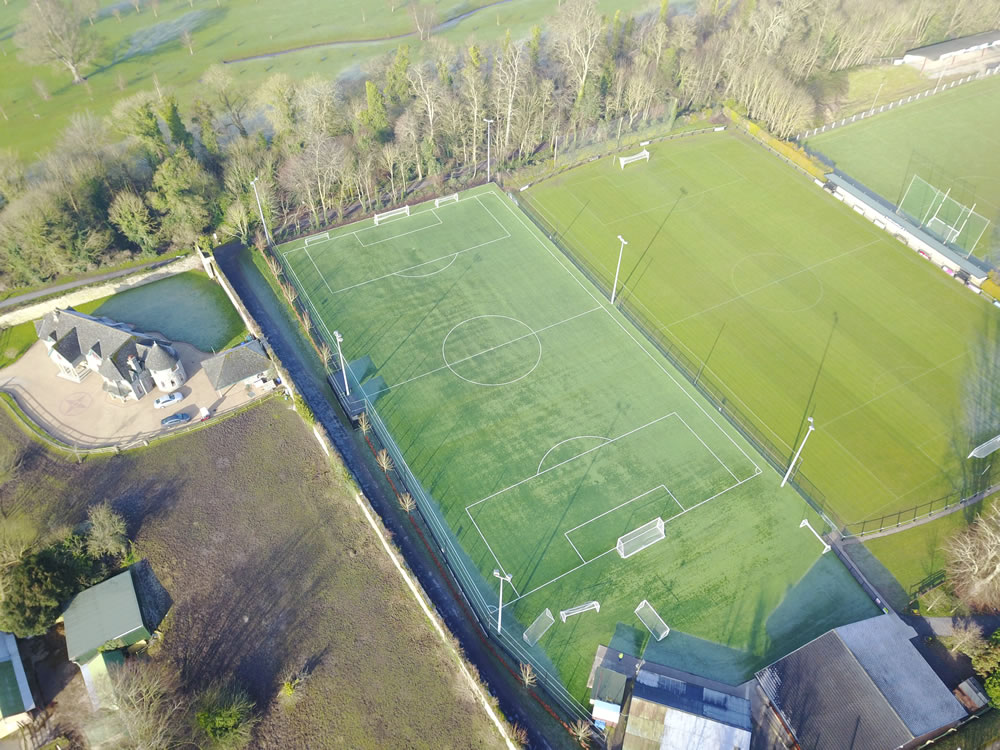 Pictured below: The pitch at Cahir Park AFC ready for a summer tournament

Feedback from the club

Sean Coffey from the Cahir Park AFC Development Committee had this to say about their new astro pitch, and what it was like working with PST Sport:

“We recently developed a full sized all-weather soccer pitch at our grounds in Cahir. From the initial tendering process (we received submissions from eight different companies) it became abundantly clear that PST Sport were the most professional of all of entities vying for the project and the most passionate about our project.

As a club, we went to extraordinary lengths to understand the technical aspects of all-weather surfaces, rubber infill, and lighting. PST offered us the most transparent and independent verification of their products. In addition, we took up a number of references on PST’s previous projects, some reference points were provided by PST but others we took up ourselves including one from Chelsea FC in Cobham Surrey. Without exception each reference was exemplary. We chose a surface that was demonstrable of a much higher specification than the competition and in addition offered exceptional value.

The construction phase ran like clockwork and the very small in number ‘snags’ were quickly remedied. We are delighted with our completed project, thanks to advice from PST unnecessary cost was avoided and the project completed for less than what had been agreed under contract. In closing, I would have no hesitation in recommending PST to any organisation considering such a project and would welcome them to Cahir to witness firsthand the completed facility of which we are proud.”

Call us today for a free consultation